Brisbane pop band Sheppard have had a stellar year. In the space of 12 months the eponymously named group – centred around siblings George, Amy and Emma Sheppard – have hit the top of the Australian charts; achieved international success; appeared on the Ellen De Generes show; toured Europe; and scored a lucrative advertising deal with Subway. Their spectacular rise has culminated in the band scoring nominations in 7 categories at the upcoming ARIA awards, including Song of the Year for their hit single Geronimo, and Album of the Year for their debut 11 track release Bombs Away.

Their rise has all been made possible by the financial backing of their parents, Greg and Linda Sheppard, who reputedly invested their life savings in their children’s musical careers. The Sheppard’s are a close-knit family, and despite their ever-increasing fame the band members continue to live at home in their parents $3 million mansion in the trendy inner-Brisbane suburb of Newstead.

Linda Sheppard is the band’s tour manager, travelling the world with her children as they ascend to the pinnacle of musical stardom. Father Greg, a lawyer in Papua New Guinea who has close ties to allegedly corruptt PNG Prime Minister Peter O’Neill, is their Australian manager, steering his investment in the band through his management company Empire of Song which is registered to the family’s home address.

To the naked eye Sheppard’s ascendance to the musical heights seems like an all-Australian family success story.

Yet unbeknownst to their fans, the band’s rise to fame and riches was built upon a pyre of broken dreams in far away Manus Island, where more than a thousand asylum seekers rot away behind razor wire in the sweltering Papua New Guinean sun.There the people who have traveled halfway across the world in a leaky boat are closely guarded by security guards employed by a company named Wilson Protective Services PNG Limited (Wilson Security) who run the Manus Island detention center.

Greg Sheppard – manager of Sheppard, father of the 3 principal members, and chief financier of the band’s career – is a Director of the company. He is one of 3 men, a most unholy trinity, directly responsible for the alleged torture, abuse and rapes that have occurred – and continue to occur – on Manus Island. One of three men who call the shots and run the show. A member of a most unholy trinity.

The other 2 members of the trinity are his fellow directors Gary Koch and John McMellan, executives of the Australian registered Wilson Security Pty Ltd, the company that sponsors a V8 Supercars motor racing team to the tune of about $5 million a year.

Greg Sheppard and his rev-head mates run the company that is alleged to have cable tied or handcuffed detainees to chairs, tortured and beaten them for 3-4 days, then threatened to rape and murder them if they proceeded to give evidence about the murder of a fellow inmate by contracted security guards.

Sheppard’s company was in charge of security and welfare on Manus Island when 24 year-old Iranian asylum seeker Hamid Kehazaei died from septicimea after cutting his foot at the detention centre. There have been claims that his death resulted from a lack of prompt care and attention from staff at the Processing Centre, although these claims are to date unproven.

It has been separately alleged that a guard from the company sexually harassed a disabled detainee. The guard is believed to have been dismissed from his employment after the allegations surfaced.

In a recent submission to a parliamentary inquiry Labor for Refugees claimed that security guards employed by Sheppard’s company committed serious and unprovoked assaults on detainees, including beating a man until he fell to the ground, for no apparent reason.

In the submission it was also alleged that a guard involved in the assault that resulted in the death of detainee Reza Berati in February of this year continued to be employed by Wilson Protective Services PNG in late April, despite evidence of the man’s involvement in the bashing of Berati.

Welfare workers from Save the Children, who were contracted to provide welfare services at the Processing Centre on Nauru, allege that they witnessed Wilson Security guards verbally and physically assault young girls at that centre. The welfare workers claim that a guard assaulted a child, knocking her to the ground, and abused and assaulted other detainees. It is not known whether the guards at Nauru are employed by Sheppard’s company or the Australian registered company. 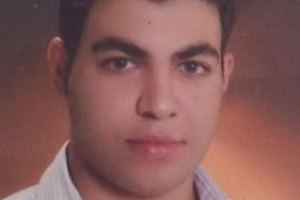 Detainee Hamid Kehazaei, who died as a result of infection from a cut on his foot

The Kwok brothers are presently on trial in Hong Kong for corruption. The Government prosecutor is alleging that they paid millions of dollars in bribes to Hong Kong’s second most senior government official in return for government contracts and development approvals. It is a scandal of the highest proportion.

Sheppard’s involvement with the Kwok owned company is not the first time that he has been associated with billionaire businessmen accused of corruption.

In 2008 Gregory Sheppard formally registered the Digicel PNG Foundation and became the foundation’s public officer. Digicel is a global mobile phone company that operates in PNG, and is owned by Irish billionaire Denis O’Brien, who was found to have bribed the Irish Communications Minister in 1995 by payments of US $1.4 million in order to secure telecommunications contracts. There is no suggestion that Gregory Sheppard was aware of these allegations at the time he registered the foundation.

There are however serious questions to be answered regarding the band member’s knowledge of their father’s business activities, and in particular his involvement in the detention and alleged ill-treatment of asylum seekers on Manus Island. It is in the wider public interest to know whether the band or it’s members have received any financing from their father or his companies with money that has been derived from Wilson Protective Services PNG Limited’s work on Manus Island.

The band Sheppard are currently in Munich, Germany, and will return to Australia to perform at the ARIA awards on 26 November. Their management company Chugg Entertainment did not respond to questions regarding the Sheppard’s family links to the Manus Island Regional Processing Centre or the detention of asylum seekers.

Stuff We Write About